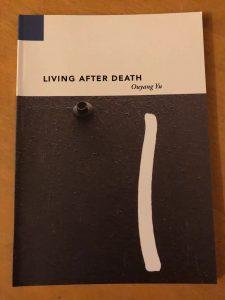 Living After Death, a collection of prose poetry 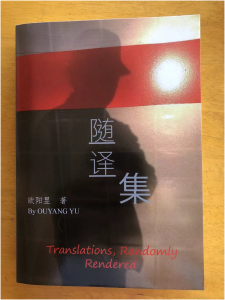 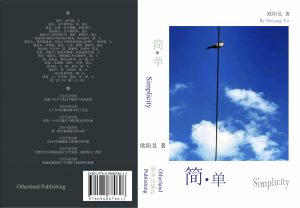 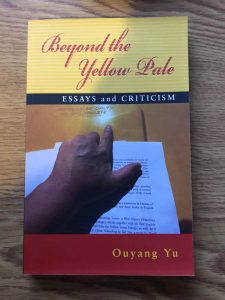 Beyond the Yellow Pale: Essays & Criticism 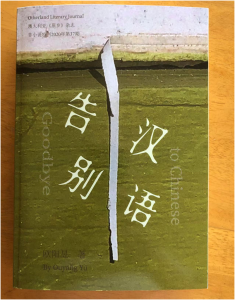 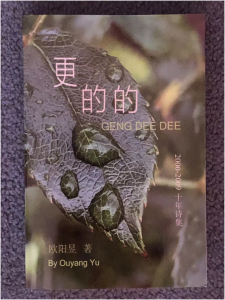 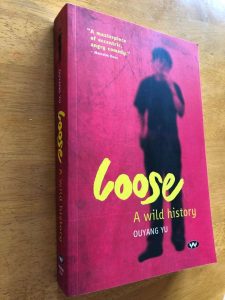 Read the book or regret not reading it.

How to describe LOOSE to you?  I’ve called it the great Australian anti-novel, but it doesn’t seek to respect any of the conventional forms and is, on the face of it,  anti-everything, anti-documentary, anti-memoir, anti-cultural history – there is very little of fiction in it.  Except for poetry (where its approach is conventional) the disciplines of the various literary forms are rejected repeatedly and with varying degrees of vehemence and ridicule. 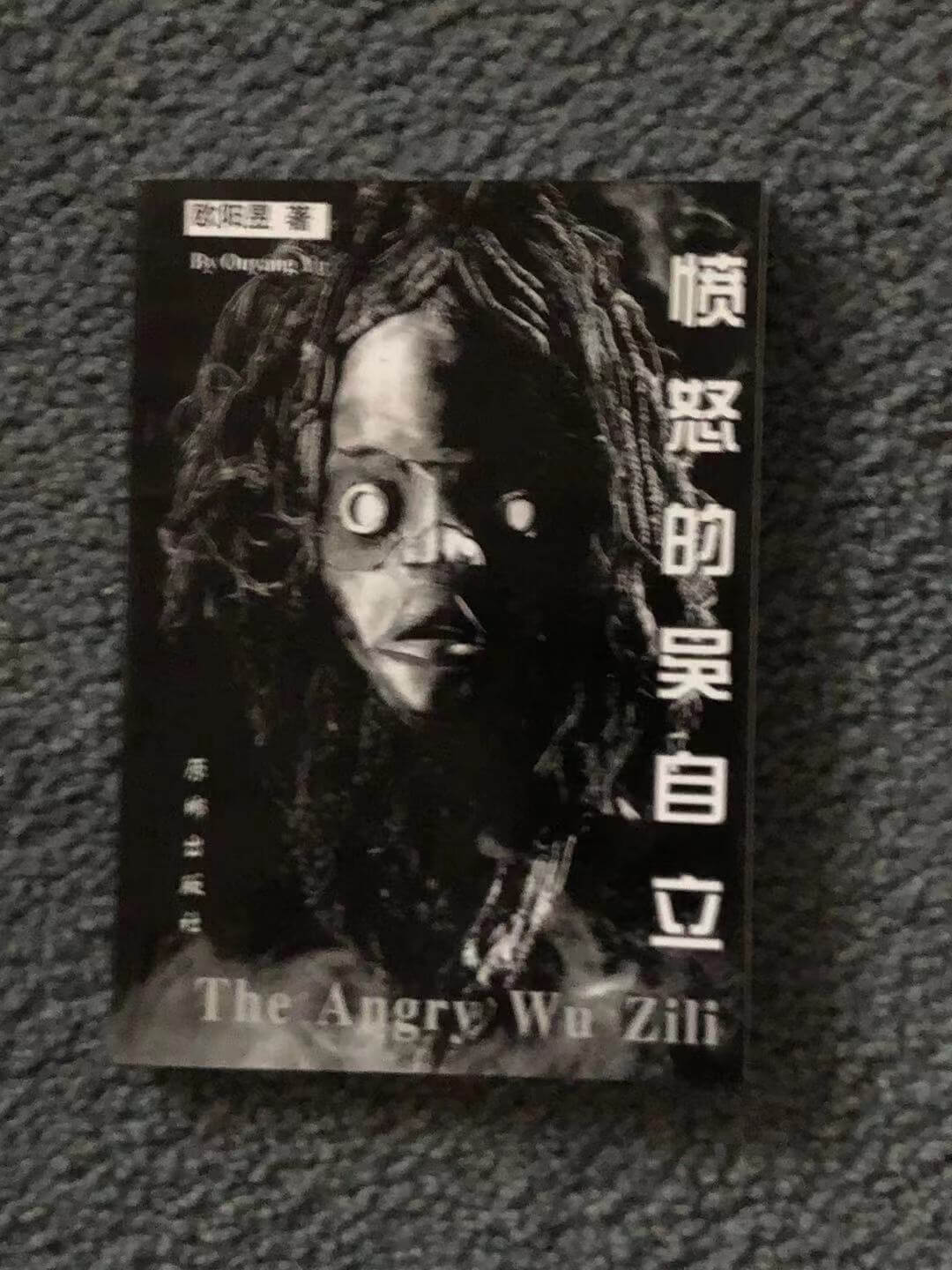 The Angry Wu Zili. So you believe their crap that this is ‘the angry Chinese poet’? Well, then, believe this book by reading it. 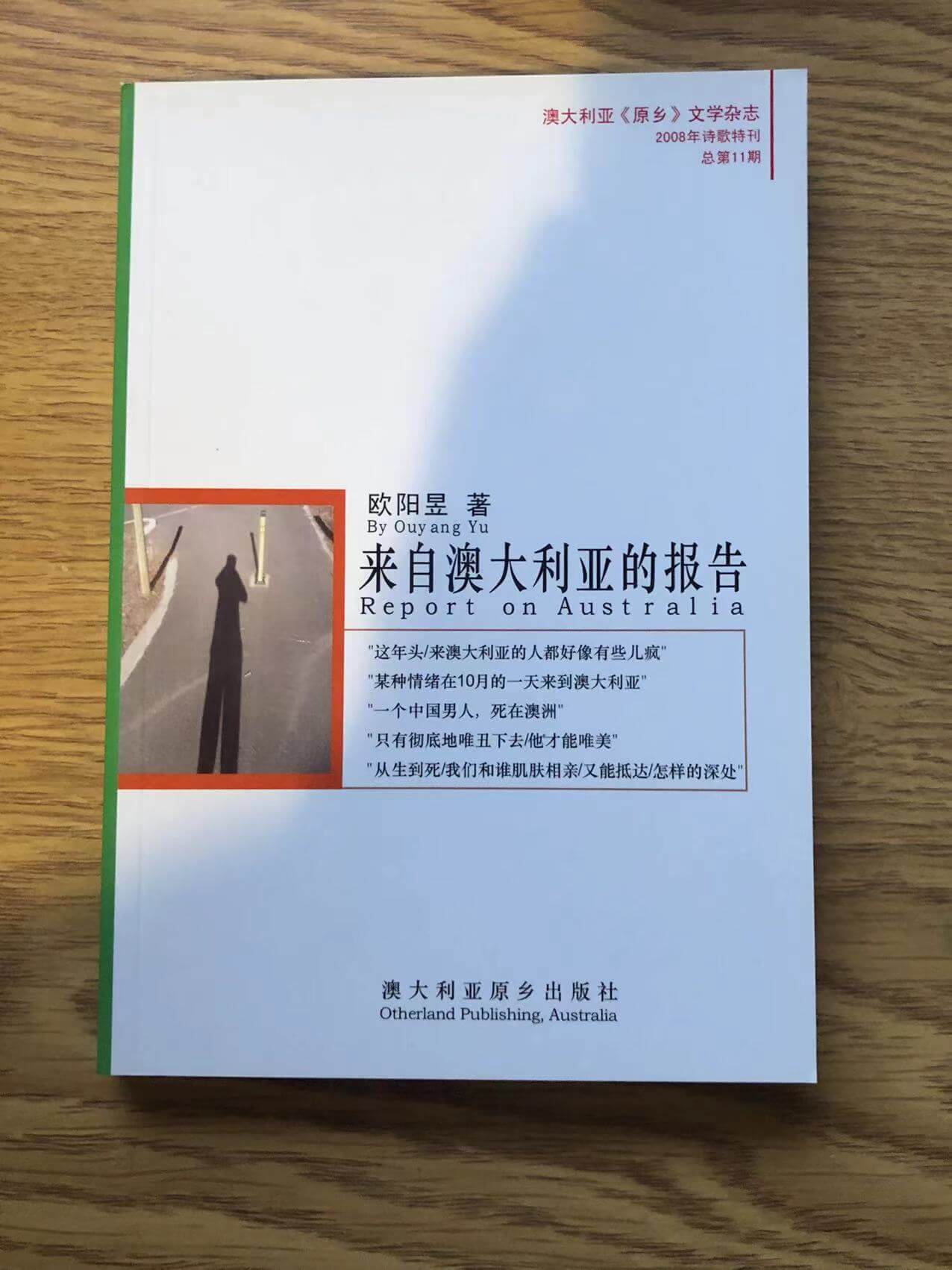 Published in a limited edition of 200 copies, signed and numbered, this one is titled, Report on Australia, a tough book for the tough-minded. 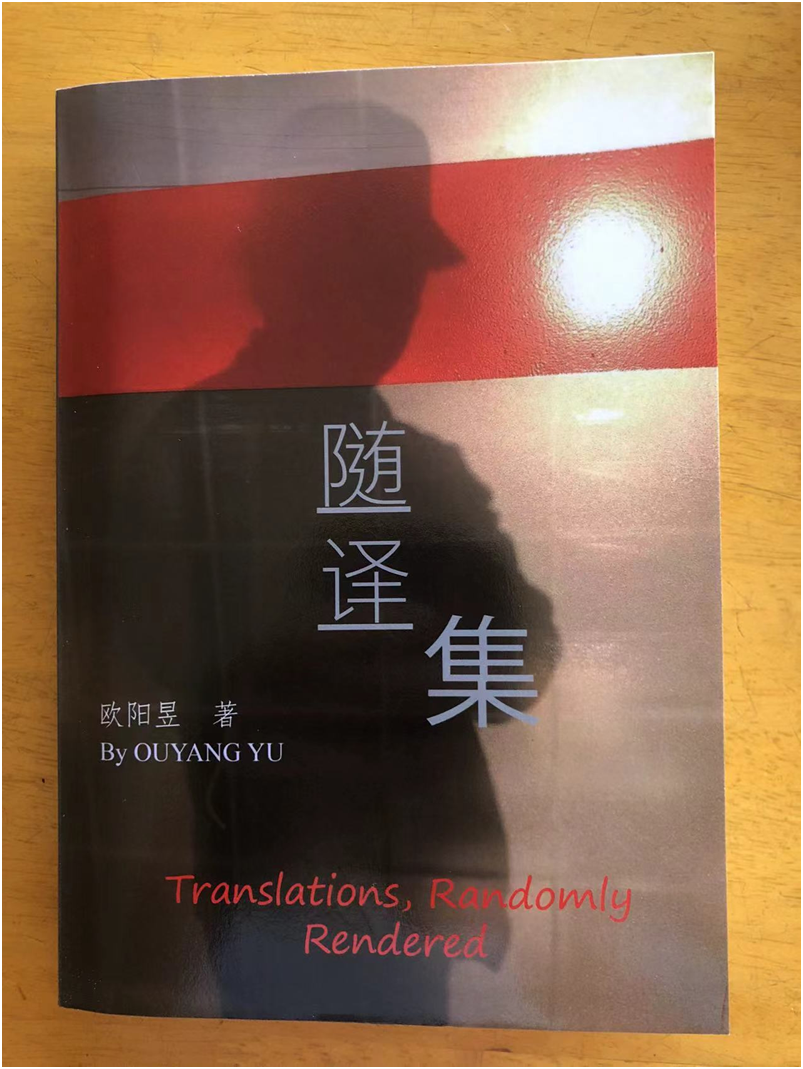 Translations, Randomly Rendered, a book of translations in Chinese and English of diverse writings in either language. If you don’t read it, it’s a big loss. If you do, it’s an even bigger loss because you are translated. 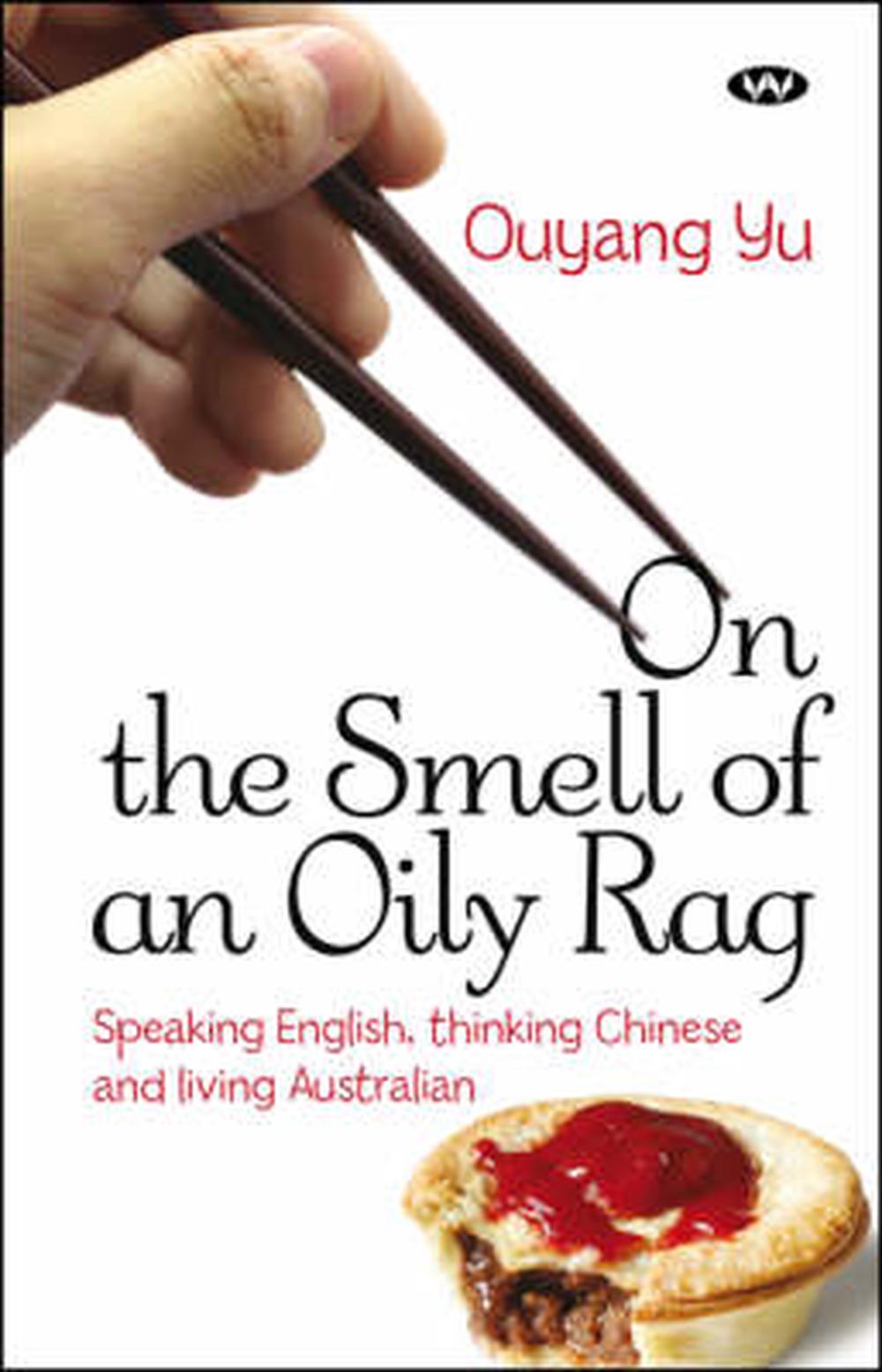 Scholarly and scatological, this cornucopia of fun and wisdom is a breathtaking picture of speech, thought and images from the world’s richest and oldest culture. On the Smell of an Oily Rag gives an insight like no other into how English-language and Chinese-language cultures collide, contrast and illuminate each other. It’s about what is lost in translation and what can be gained by it. ‘Very big, China.’ – Noel Coward ‘This is a book every structuralist should have on their shelves and read every day.’ – Bruce Elder, Sydney Morning Herald 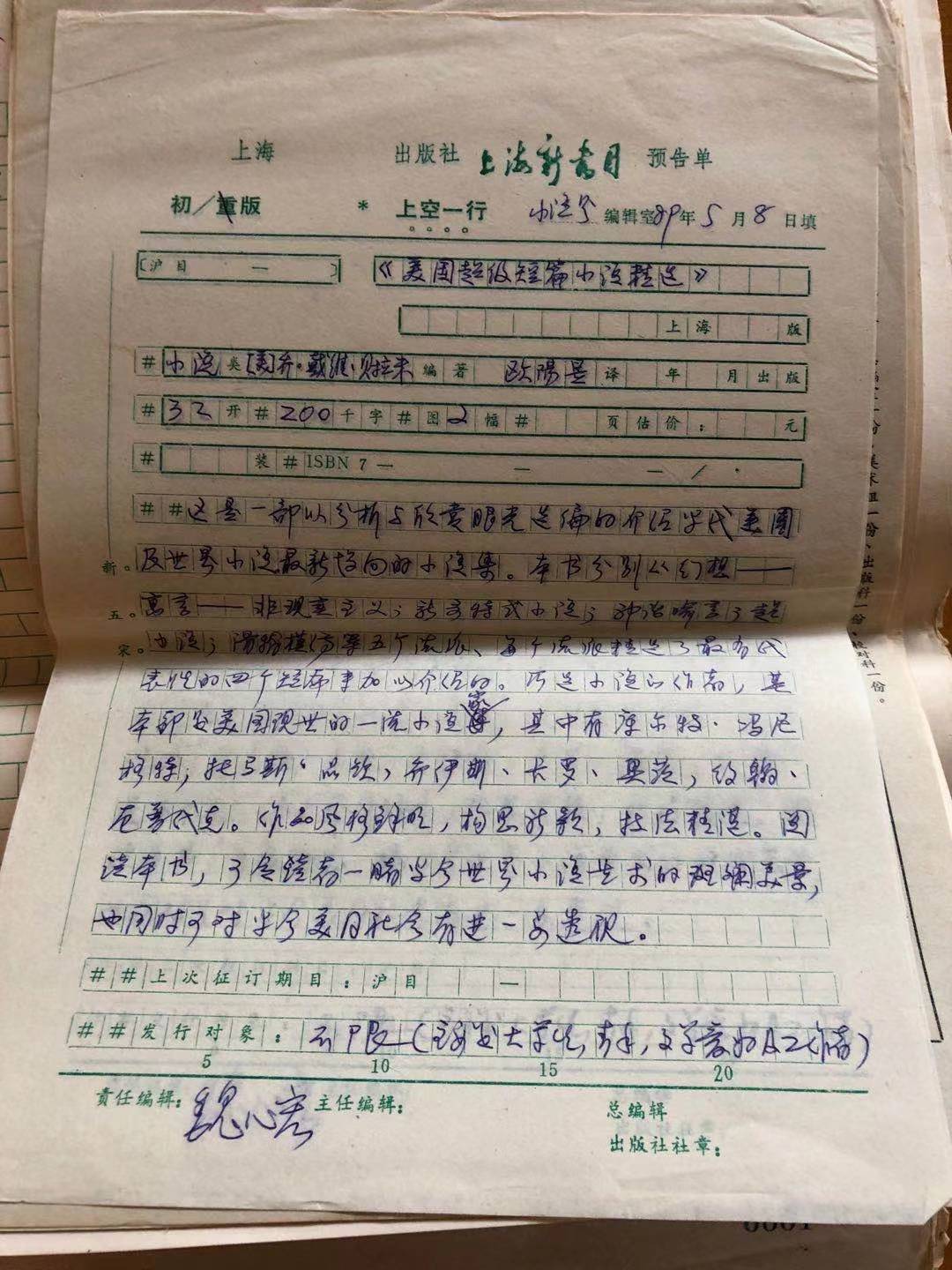 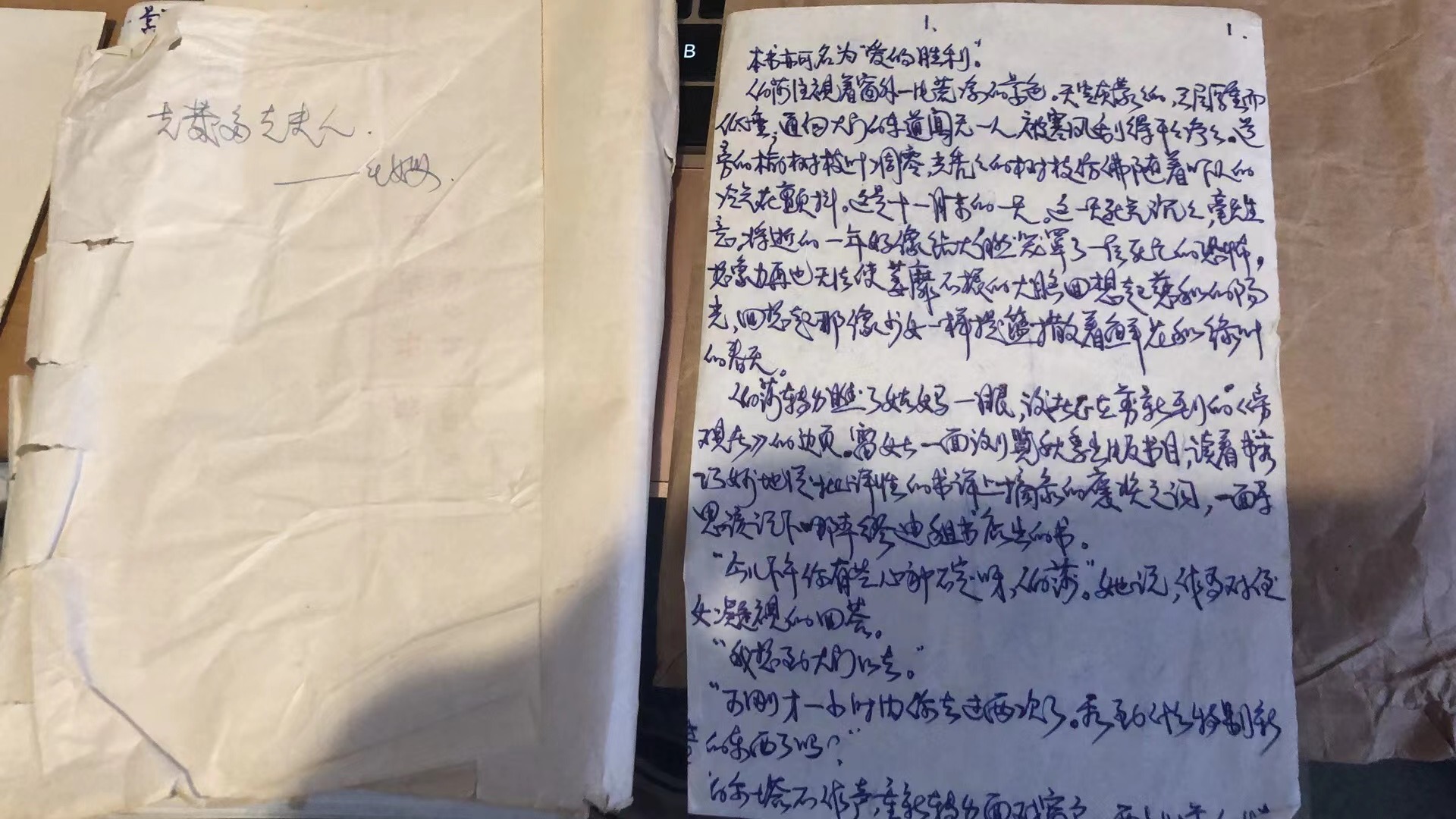 This is my handwritten translation of Mrs Craddock, a novel by Somerset Maugham, dating back to 1982 when I was a university student in Wuhan. It’s now offered for sale as a whole. Contact me privately if interested. 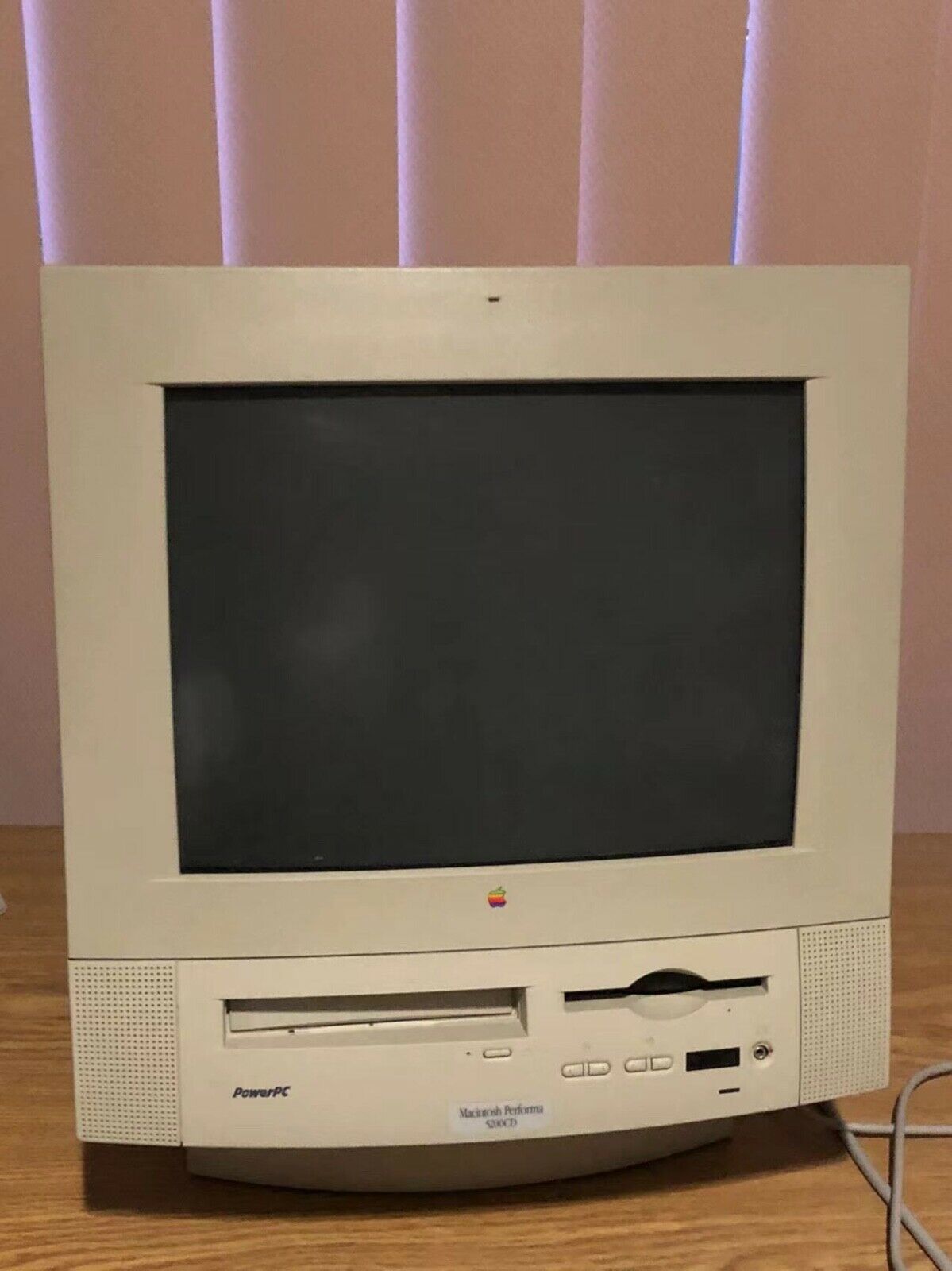 Manuscript, including equipment this author has used

This is my computer I worked on in the late 1990s, a PowerPC, Macintosh Performa 5200CD, in which I translated The Man Who Loved Children by Christina Stead, I wrote my Moon over Melbourne and Other Poems, and Songs of the Last Chinese Poet, and I also wrote a massive number of poems in Chinese and English. I now offer this as a collector’s item for whoever interested. 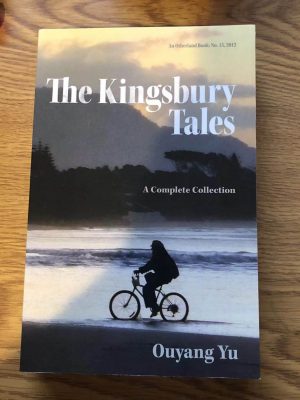 Get hit hard or live your comfortable life for all the poetry cares. 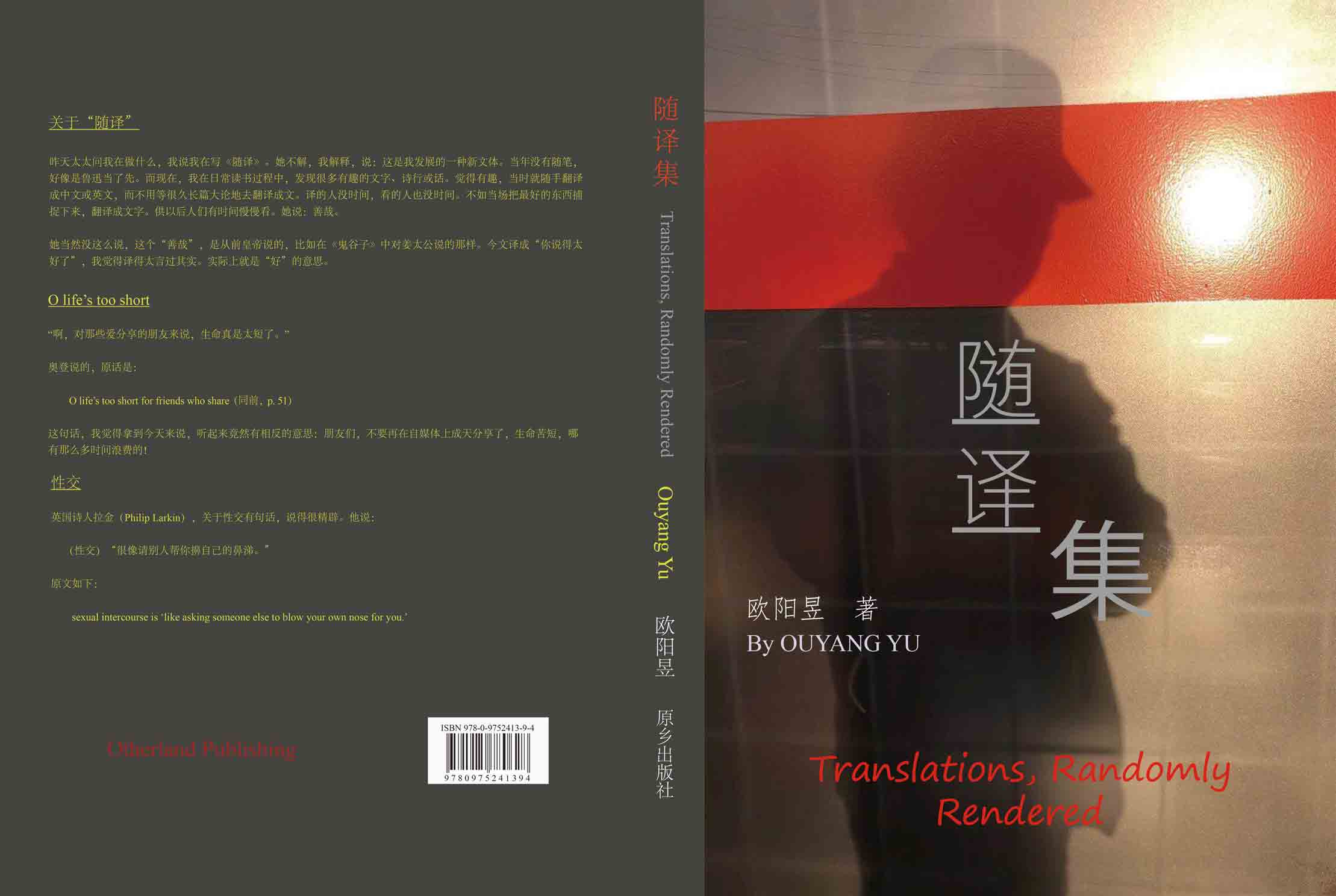 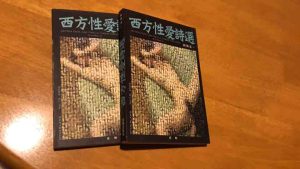 These are some of the recently published books by Ouyang Yu. Please make your order and specify if you need an autograph.

The Wind Was Rising

The Kingsbury Tales: A Complete Collection 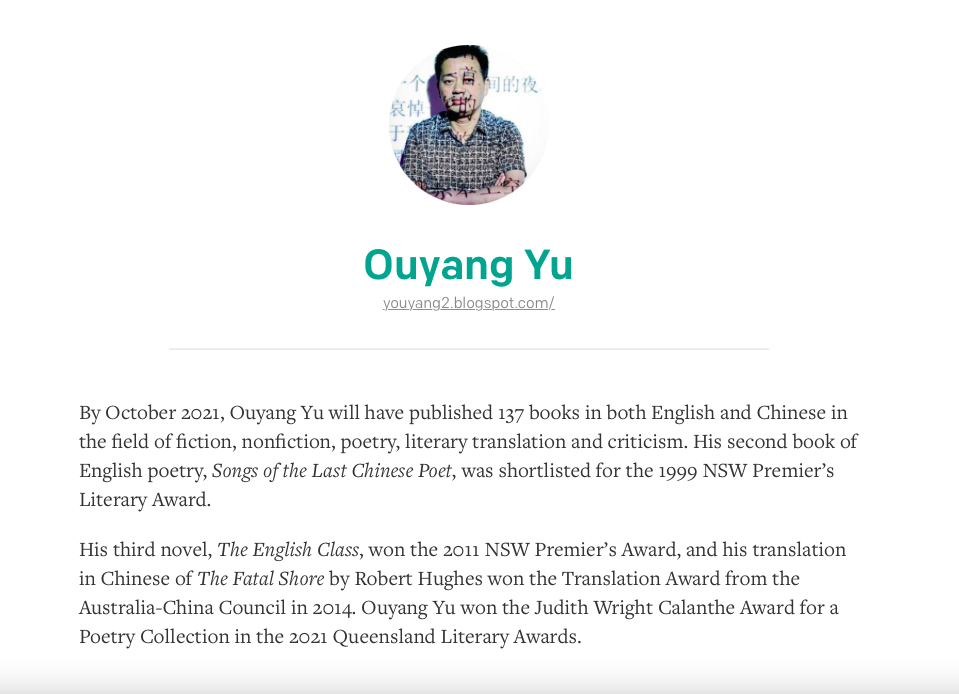 By late January 2022, Ouyang Yu will have published 139 books in both English and Chinese in the field of fiction, nonfiction, poetry, literary translation and criticism. His second book of English poetry, Songs of the Last Chinese Poet, was shortlisted for the 1999 NSW Premier’s Literary Award.
His third novel, The English Class, won the 2011 NSW Premier’s Award, and his translation in Chinese of The Fatal Shore by Robert Hughes won the Translation Award from the Australia-China Council in 2014. Ouyang Yu won the Judith Wright Calanthe Award for a Poetry Collection in the 2021 Queensland Literary Awards.

Yesterday as I started reading Brian Castro’s Drift, it crossed my mind that here was an author who should be in serious contention for the Nobel Prize in Literature.  I have not the faintest idea how authors get nominated, but based on the works of the Nobel Prize winning authors that I’ve read, I think that there are three authors writing in Australia today whose work the Nobel Prize Committee should know about.  They are Castro, Gerald Murnane and Ouyang Yu. 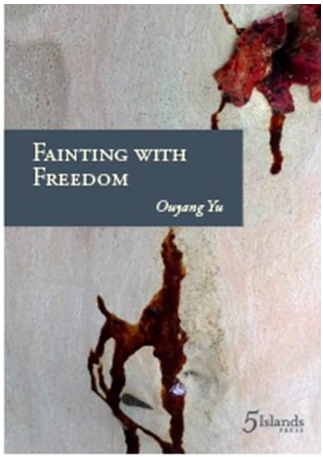 In form and style his poems are typically full of disruptive, unexpected lines, deploying enjambment, malapropism, skilful grammar (as well as wilful disregard for grammar) in service of profundity, humour, and intellectual interrogation. Moments emerge from Yu’s work as a translator and as a language teacher, and his fascinations capture not only an other’s perception of his second language and culture, but also a revision of his first language, and glimpses into parallels (as well as enormous divergences) between the two. There’s something enormously heartening about reading such a living, adventurous book published in English in Australia that can nonchalantly presume the relevance of a treatise on individual Chinese words or characters, or their relationship with English.

This is an excerpt from Alex Miller’s launch speech for the novel, Loose, a Wild History:

While I was reading LOOSE there were times when it reminded me of the American writer Theodore Dreiser’s very loose history of himself, DAWN.  Moments when LOOSE had that same eager tone of searching, searching, searching, to connect the inner life to the realities of the outer life, as if membranes of purpose and meaning might exist for both in the culture which, if he rejected sufficient of the commonplace, might eventually make their appearance to him.  But no Australian book came to my mind.  LOOSE talks tough.  It is not written in the diplomatic language of Australia/China cultural friendship societies.  LOOSE is the underbelly, the private interior voice of paranoia and mistrust, ambivalence and misunderstanding, the voice of just how difficult it really is to speak meaningfully of Australia/China cultural exchange at the level of the life of one individual whose history stands, painfully and problematically, across both cultures.  “I am still young,”  the author laments on page169, “ but absolutely useless in this society that has trashed me through conspiracy.”  Strong words.  LOOSE asks how is it possible to belong in both cultures.  In the process of doing this it challenges our most dearly held beliefs and hopes of cultural influence and exchange with China.   LOOSE questions the very basis of Australia’s place in Asia.  It derides the hypocrisy of diplomatic speak, and it does it often with brilliant humor and even more often with vicious satire.  LOOSE does something else that is just as important as this, and perhaps even more challenging for Australian writers (and I am one of that peculiar breed).  I’ll get to this other thing in a minute.

The effervescent energy of this novel, and the charm of its innocent protagonist, compel interest throughout the entire four hundred pages. Reminiscent of the picaresque hero Don Quixote, the hapless truck-driver, Jing, tilts at the windmill of the English language as he bounds around in the Unique, his rattling, truck-without- breaks. More aptly perhaps, Jing resembles Sun Wu Kong, the famous Monkey King, hero of the Chinese classic, Journey to the West, who lampoons the phantasmagorical world of Chinese Buddhist and Taoist belief.

Copies will be posted from Melbourne, Australia to anywhere in the world upon receipt of payment via PayPal or credit card linked to PayPal.

Foreign Matter: go and get it for Xmas!

Check these books out for Xmas 2022

And, for once, they got it right, too, not putting me under ‘Y’

Ouyang Yu's books go out of print pretty quickly. Some already unavailable, such as THE EASTERN SLOPE CHRONICLE (2004), MOON OVER MELBOURNE AND OTHER POEMS (1995), and SONGS OF THE LAST CHINESE POET (1997).